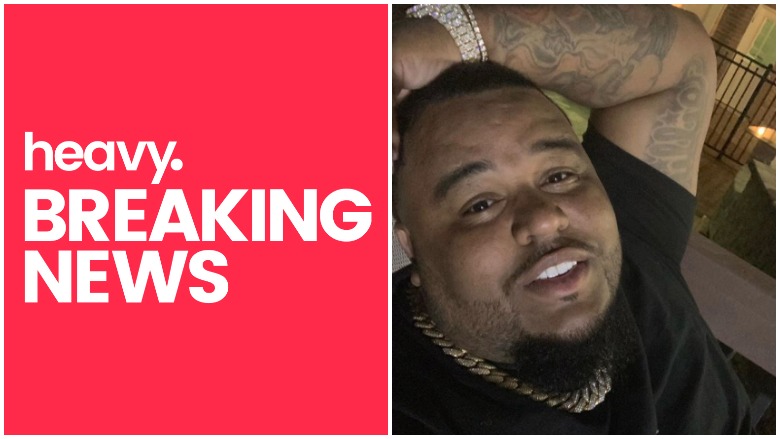 Instagram/Omi in a Hellcat Bill Omar Carrasquillo pictured on his Instagram page in September 2019.

The FBI raided Omi in a Hellcat’s home, the YouTuber said in a November 20 video. The streamer, whose real name is Bill Omar Carrasquillo, said authorities “took everything.” Carrasquillo, a Philadelphia native, is the founder of Gears TV reloaded, an IPTV app for Firestick. The app allows viewers to watch premium cable content as well as sports, regardless of geographic location.

Carrasquillo told viewers in his YouTube video that he said was being filmed in a friend’s home in Philadelphia, “This ain’t clickbait. This ain’t fake, this is not fake. This is 100% real.” Carrasquillo asked his subscribers to buy his merchandise “when it drops” to help to support him. He said that his cars had been seized but that he had recently sold some of them prior to the raid. Carrasquillo listed other things that were seized including “every SD card, every camera, every television in my house.” He added, “They only thing they didn’t take was my dick because it’s attached to my balls.” Carrasquillo went on to say that agents “took Xboxes, they took computers, laptops, cellphones. They didn’t even leave drones.” A spokesperson for the U.S. Attorney’s Office for the Eastern District of Pennsylvania told Heavy, “I can neither confirm nor deny the existence of an investigation.” The FBI has also declined to comment on the investigation.

In videos published on his YouTube channel, Carrasquillo has been seen buying hundreds of thousands in diamonds. Carrasquillo has also been shown with a fleet of luxury cars. He has a special affinity for his Dodge Hellcats. In a July 2019 video, Carrasquillo said that he had paid a security firm $400,000 in cash for a two-year contract to provide security to him and his family. Carrasquillo is a married father.

At the time of writing, Carrasquillo has close to 500,000 subscribers and more than 50 million views on his YouTube channel. His videos regularly show Carraquillo’s day-to-day life in vlog form. Carrasquillo often inserts motivational speeches into his vlogging. Since the FBI raid, Carrasquillo has been retweeting messages of support on his Twitter page.

Carrasquillo said in his video regarding the raid that he is being investigated for alleged money laundering, tax violations as well as the legality of Gears TV. Since November 20, numerous users of Gears TV had been complaining on Twitter that the service was down. A note on the Gears Reloaded website that said that “Servers are currently down for maintenance please stand by.”

A blurb on Gears Reloaded’s website describes the services as “revolutionizing the industry with premium channels such as HBO, Showtime, Cinemax and Stars.” The website also advertises Nickelodeon, Disney Channel and Cartoon Network. Another section says that “Gears Reloaded TV is the go-to IPTV service for Sports lovers. Watch every NFL game with NFL Sunday Ticket plus NBA League Pass & NHL Center Ice.” The price range for the service ranges between $20.00 per month to $110.00 per month.

OMI IN A HELLCAT SHOWS OFF HIS CAR COLLECTIONFOLLOW ME ON INSTAGRAM https://www.instagram.com/omi_in_a_hellcat/?hl=en HEY WHATS UP RELOADED FAMILY! yoiu guys have been asking for a garage tour, The problem is i have a 6 car garage and i have double the amount of cars lol. This is more of a driveway review of what cars i have sitting currently on my drive way.…2019-07-20T01:10:30.000Z

Carrasquillo said in past videos that accumulated his fortune through construction and real estate. He also says that he owns several businesses, including a restaurant. In the video regarding the FBI raid, Carrasquillo blamed his problems on an unreliable accountant and urged his followers to ensure they pay their taxes.